During 2015 Kate traveled to Norway, Japan, Canada, and Hawaii, USA to open time capsules at each of her sculptures. 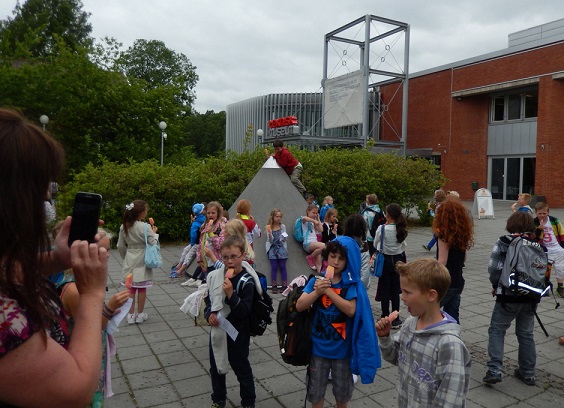 Estelle Maartmann-Moe takes a candid photograph of activity at Solekko in 2013. 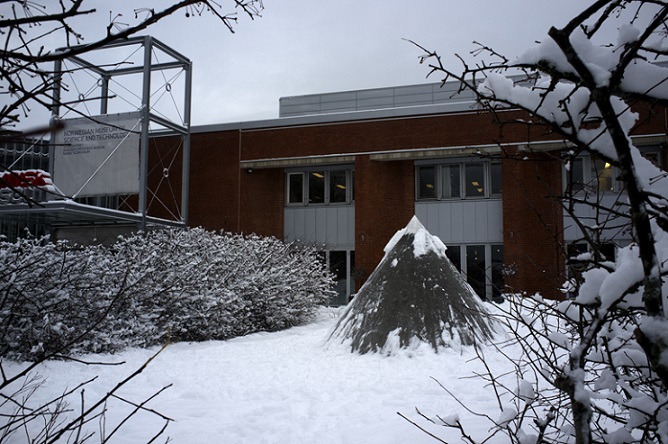 Winter quiet at the sculpture in a recent photograph by Dagsavisen photographer Mimsy Moller.

All One, Honolulu, Hawaii, USA

All One Capsule Student Artwork

The fifth and final sculpture in the World Sculpture Project series is TELLING STONES in Mapua, Nelson, New Zealand. 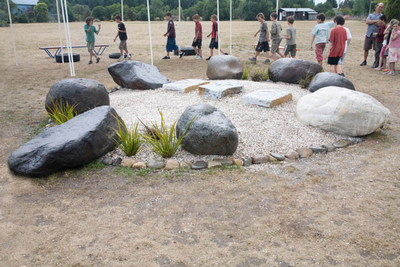 TELLING STONES is an analemmatic sundial on which a person's shadow points to the time. The boulders stand for hour points.

I am standing on the "summer stone" and in front of me is the white noon boulder on which my shadow would reach were there sun. The brown boulder to the right marks 6 PM and the grey one in between marks 3 PM. 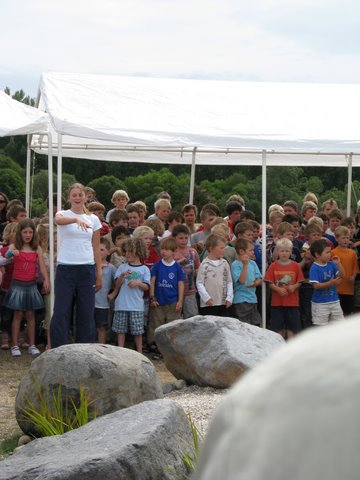 On December 11, 2007 TELLING STONES dedication began with Mapua students leading the singing of the New Zealand national anthem. The ceremony continued with speakers, more singing and then the children filling the time capsule.

Maiko and her mother Chizuko were present from Sendai, Japan for the dedication. In 1998 Maiko had been eleven when she helped to fill the time capsule of the HIMEGURI sculpture in Sendai, Japan. It was moving watching her help the Mapua School children fill our time capsule for TELLING STONES. 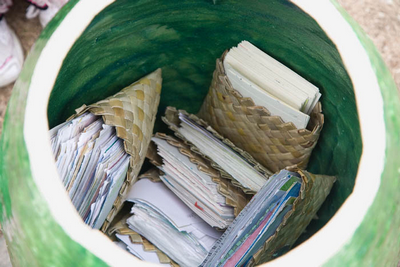 Aproximately 600 pieces of artwork from children in New Zealand, Canada, Japan and the U.S.A filled this capsule.

After the dedication ceremony people relaxed as children explored the sculpture. 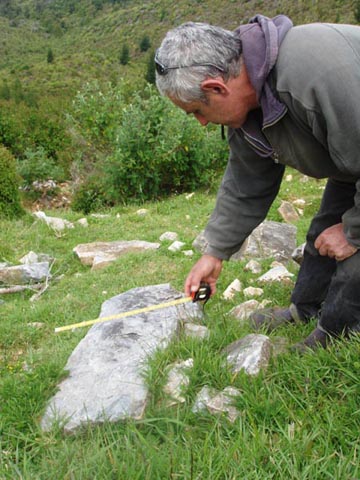 Sculptor Bruce Mitchell carved the three center stones on which people stand to cast a shadow to use the sundial. Here he is measuring one of the marble stones. 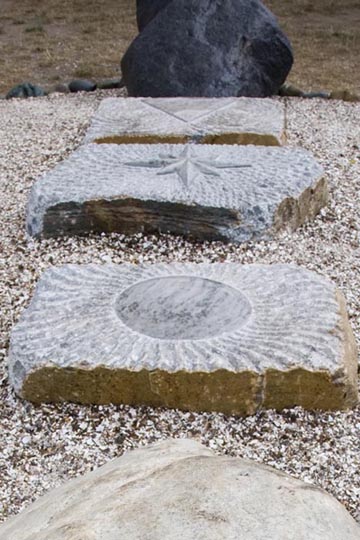 The finished stones have symbols for the seasons: the sun circle stands for summer; the star, for the equinox and for the alignments of the Pleiades star cluster and the star Antares; and the snow topped mountain triangle, for winter. 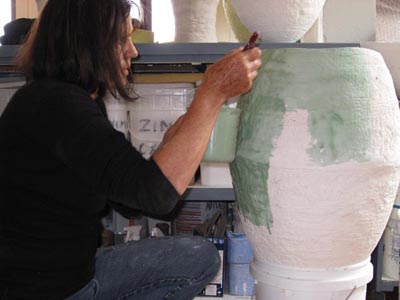 Christine Boswijk, sculptor and ceramic artist created the green ceramic time capsule which is placed in a steel box welded together by Patrick Maisey. The sarcophagus-like box is in the lobby of the Mapua School in Mapua, Nelson, New Zealand. 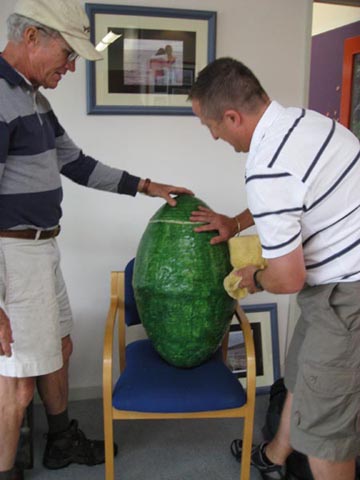 Principal of Mapua School, Rob Wemyss and Fred Stetson seal the ceramic time capsule and prepare to place it in the steel box. 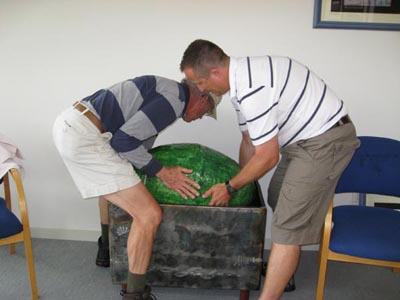 A perfect fit, the capsule rests on a bed of sea shells inside the steel box made by Christine's husband, Patrick Maisey. 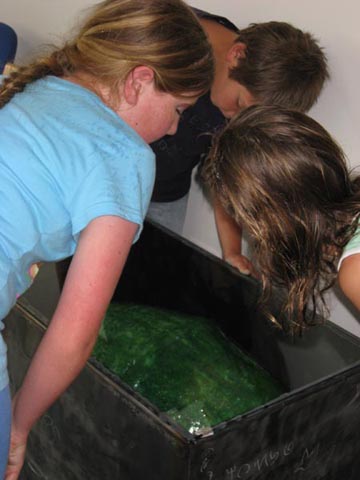 The capsule will be opened in 2015 along with the time capsules at the other four sites. 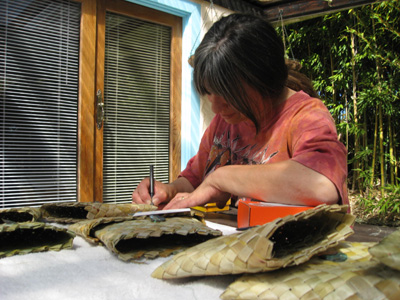 I am honored to have work of skilled New Zealand artists as part of the TELLING STONES sculpture project.